The Good and Bad of Psychologically Disturbed Fictional Characters 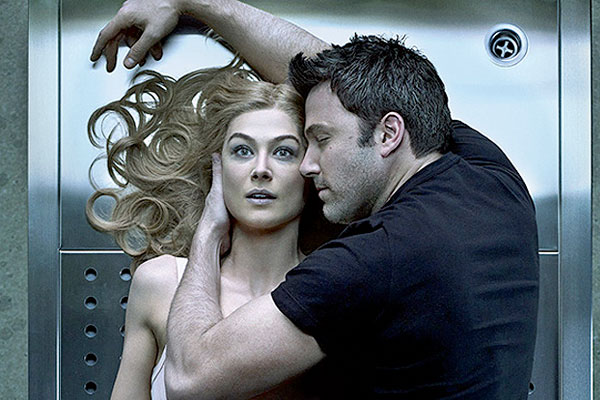 The “Top 10 TV Shows 2014” published on RottenTomatoes.com struck a curious note when it stated that the television show Hannibal received a 100% positive rating, an enormous feat on one of the most highly-acclaimed critic websites of its time. Hannibal’s second season was rated at the third greatest series of 2014, right behind Jane the Virgin and The Good Wife.

But its rating was not as curious as its central idea. The story—based on the book series by Thomas Harris and several movie adaptations—revolves around finding Hannibal Lecter, a wanted fugitive for cannibalism.

To top off his disturbing homicidal ways, it has been widely known to many that Lecter is a psychopath. To clarify, the Society for the Scientific Study of Psychopathy has a specific definition for this often misinterpreted or misunderstood mental disorder.

“Psychopathy is: A constellation of traits that comprises affective features, interpersonal features, as well as impulsive and antisocial behaviors. The affective features include lack of guilt, empathy, and deep emotional attachments to others; the interpersonal features include narcissism and superficial charm; and the impulsive and antisocial behaviors include dishonesty, manipulativeness, and reckless risk-taking,” it is stated on their home page.

The society also places a strong emphasis in understanding that Psychopathy is not synonymous to “violence, serial killing, psychosis, [psychopathology] in general, or Antisocial Personality Disorder.”

The character Hannibal himself falls into the image set up by many institutions, but there is a certain question that was easily brought up by this matter.

How well do shows and movies portray mental illnesses?

To answer that, we would have to look back, far back, to the dark recesses of film history where it all started in the first slasher film ever: Psycho.

The main antagonist of the classic thriller, Norman Bates, was diagnosed with Dissociative Identity Disorder—more commonly known as Multiple Personality Disorder. Aside from his casual, introverted identity of Norman Bates, he also portrayed an alternate personality of his deceased mother Norma Bates.

Half a century later, Bates Motel was released as a television series. This time, it was a modern adaptation of Norman’s childhood. In this new version, the show gives off the idea of his more so having Schizophrenia instead of Multiple Personality Disorder. He often imagines his mother’s presence and her voice, urging him to commit actions he would otherwise not do alone.

Adaptation aside, Psycho was one of the initial cinematic firsts for films centralizing characters with mental disorders; and while Psycho managed to have a very accurate portrayal, there are other characters that need to be questioned on their accuracy.

After watching five seasons, it became evident that the “Psychopath” Dexter Morgan from the television series Dexter had slowly fallen from his grace as a true psychopath.

“They started off making the character a paradigm of a psychopathic murderer, but to make the audience continuously interested, the creators had to include more character development and story lines,” commented paraprofessional Guadalupe Mercado, a personal fan of the series.

Dexter Morgan does start off with accurate inner monologue to express disinterest in relationships, even with his girlfriend who later becomes his wife. As the series progresses, however, this character slowly slips his grip on this disorder and starts to grow personal bonds on a deep level; he even starts to commit crimes and violent actions for the sake of others.

In addition, the creators seem to continuously go on with the belief that Sociopathy and Psychopathy are synonymous. While the psychology literary society itself has not been able to properly define these terms for public matters, Dr. John M. Grohol has come up with an effective way to divide the two in vernacular terminology, all while expressing differentiation for the two.

“Psychopaths tend to be more manipulative, can be seen by others as more charming, lead a semblance of a normal life, and minimize risk in criminal activities. Sociopaths tend to be more erratic, rage-prone, and unable to lead as much of a normal life. When sociopaths engage in criminal activity, they tend to do so in a reckless manner without regard to consequences,” he stated in his article Differences Between a Psychopath vs Sociopath.

The article even identifies Dexter as a psychopath, despite the overall historical backgrounds for psychopaths being that one is generally born with it; it’s actually Sociopathy that is seen to be the result of unstable youth environments.

The hit movie Gone Girl, based on a book by Gillian Flynn, has a female character with what is seen as Anti-Social Personality Disorder. Despite common belief, being anti-social is not the same as being introverted and secluded.

Anti-social Personality Disorder has been defined by the Mayo Clinic as “a type of chronic mental condition in which a person’s ways of thinking, perceiving situations and relating to others are dysfunctional — and destructive. People with antisocial personality disorder typically have no regard for right and wrong and often disregard the rights, wishes and feelings of others.”

Amy Dunne in the movie and book has grabbed the attention of psychologists in the real world, and most have come to the consensus that Mrs. Dunne has Anti-Social Personality Disorder.

Even so, there are others that still believe the debate is still up in the air due to missing elements of her psyche and background.

“There are really only three things I find as unfit for the profile of this disorder,” commented Mercado. “One is her upbringing. Aside from uptight parents who wanted her to succeed in life, she had no harsh upbringing or poor environment. Second, she never came into trouble with the law—she was always the one reporting rape and abuse instead of it ever being the other way around. Then there’s her relationship with her husband and previous boyfriends, coming to the third issue. She was never abused in a relationship, and she never abused anyone, but she continuously claimed rape and stalking, even attempted murder claims. If anything, she seems to have more of a Narcissistic personality than an Anti-Social one.”

Throughout many films and adaptations, the beloved Holmes has managed to maintain the same quirky personality as seen in his books. It’s due to this that he has a long list of probable disorders given by fans, psychologists, and even himself—Schizoid Personality Disorder, Sociopathy, and Asperger’s Syndrome are the three main disorders most have boiled it down to.

But what exactly is Sherlock Holmes?

Not even psychologists can come down to a final agreement on the issue, which has caused fans to be divided amongst each other. It is for reasons such as this that many have noticed the flaws in giving fictional characters disorders, or at least undiagnosed disorders.

DISCLAIMER NOTE: The author of this article is a researcher, not a verified psychologist. The conclusions of this work have all come from the vast amount of studying on psychological disorders and character analyses.