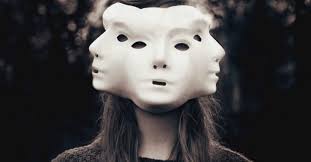 Have you ever wondered what the difference between a psychopath and a sociopath is?

Psychopaths and sociopaths are often described as being the same thing despite their many differences.

A psychopath, by definition, is a personality disorder characterized by persistent antisocial behavior, impaired empathy and remorse, and bold, disinhibited, egotistical traits. A known psychopath would be Josef Mengele, also known as “ Angel of Death”, who worked as a physician in the Auschwitz concentration camp. He oversaw countless murders and was involved in many experiments. His most famous one was where he experimented with twins. He would pour chemicals to see if their eye color changed, try to change their sex, and would try to sew the twins together to see if he could create conjoined twins.

A sociopath, on the other hand, is a person with a personality  disorder manifesting itself in extreme antisocial attitudes and behavior and a lack of conscience. An example of a sociopath would be Will Cornick, who at the age of fifteen, stabbed his Spanish teacher in the neck, killing her instantly. After killing her, he then went to meet up with his friends, behaving like nothing happened. He not only killed her with no motive, but he had no guilt about doing it.

Of course, there is always a cause for someone being a psychopath or sociopath. For psychopaths, they usually have a rough past, often due to or involving their parents. They usually have parents who cannot take care of a child, a parent who focuses on punishment, substance abuse by parents, separation from a parent, and an absence of parents.

Sociopaths often have early life experiences or trauma, such as extreme poverty, abuse, rejection, and other adverse conditions. When comparing the two, it is easy to see that a majority of the causes for psychopaths are their parents, while sociopaths have more causes than just one specifically.

Between the two, it is harder to spot a sociopath than a psychopath. Sociopaths can lack empathy, impulsiveness, arrogance, aggression, wit/charm, and have no regard for right and wrong. The reason sociopaths are harder to spot is because they are considered to be charming and very likeable. They blend into society more than psychopaths do.

Psychopaths on the other hand, are more violent and are not one to blend in. They usually have socially irresponsible behavior, disregarding or violating the rights of others, a tendency to lie often, and will manipulate/ hurt others. Psychopaths also have recurring problems with the law, general disregard towards safety and responsibility, and difficulty with showing remorse or empathy.

When interviewing senior Jocelyn Cabrera, I asked whether she knew the difference between the two. She said, “ A psychopath does not hide their weird thoughts/feelings because you can tell if something is wrong with them. A sociopath blends in with society and is charming towards others.”

I also asked if she knew anyone who might be one. Jocelyn said, “ I do not actually know if someone is one of them but I speculate some people may be one because I know there are more to them than they seem.”

Knowing that it is a disorder, people may wonder if there is a cure for them. The answer is no, there is no cure for a psychopath. Sociopaths on the other hand can get treatment to help control their symptoms. Their treatment would consist primarily of talk therapy.

These two disorders are something to be aware of. Knowing this may help you or someone you know in the future. It will also help people become more aware and look out for each other so no one becomes a victim.