All the Rage: To All The Boys: P.S I Still Love You 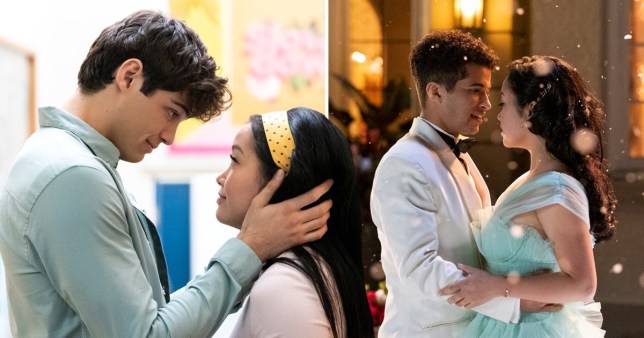 Welcome back to my blog where I rant, rage, and release my fury on whatever is torturing me this week. I’m sure you’re all very curious as to what I plan on ranting about this time. Today’s topic: To All The Boys: P.S I Still Love You. I waited six months for this movie to premiere and I was left with a bad taste in my mouth.

The previous movie, To All The Boys I’ve Loved Before, was very cute and it gave me a bit of everything that I would want in a romance movie. It had some comedy, some drama, and lots of heartfelt moments, between not only her love interest but her family as well.

The movie is very far fetched, but that’s what makes it so interesting. To sum it up the movie is about a teenage girl, Lara Jean Covey, who has written a love letter to every boy she’s ever had a crush on, but she never planned on sending out the letters.

The letters end up being “accidentally” sent out, one of them being for her sister’s ex-boyfriend. Lara Jean somehow thought that pretending to date another recipient of the letters, Peter Kavinsky, was the best way to avoid her sister’s ex-boyfriend. This also benefits Peter because he wants to make his ex-girlfriend, Genevieve, jealous so that she would want to get back together with him. This sets up the rest of the film and gives us the fun, lighthearted, movie we all know and love.

A year later and we ended up with an annoying sequel that evaded my expectations and not in a good way. The sequel sets up a love triangle between Lara Jean, Peter Kavinsky (who is now Lara Jean’s real boyfriend), and John Ambrose. Not the most original concept for a romance movie, but I shamefully have a guilty pleasure for romantic clichés.

The movie started with way too many romantic moments between Lara Jean and Peter Kavinsky. It was cute at first, but the directors and writers ended up overdoing it in the end. I’m sure they were just trying to provide some fan service, but that decision sacrificed the quality of the movie.

While one half of the movie was full of date montages, the other was full of drama. There wasn’t a single light-hearted moment that stood out to me. They tried to make it lighthearted by focusing on her dad’s situation with the neighbor, but they focused so little on it that I forgot about it by the time they came back to it.

The film also patched up Lara Jean’s relationship with Genevieve so suddenly. Lara Jean has been fighting with Peter about her throughout the whole movie, but it only took one scene to fix things up with her. It felt like no thought was put into it.

In the movie the drama all started when it  revealed, little by little, that the teen heartthrob, Peter Kavinsky, wasn’t such a good person after all. They mainly focused on that while showing all of the good qualities John Ambrose has, in comparison to Peter Kavinsky.

If they were going to set up this obvious situation then they should have just gone through with it and had Lara Jean break up with Peter Kavinsky instead of going back to him. She didn’t necessarily have to run off with John Ambrose, but it would have been more satisfying to see this very smart and capable character make a logical decision.

I’m sure a lot of you Kavinsky fans disagree with me, but he didn’t show any likable qualities in the film. He plagiarized a poem and called it his own, when giving her a “heartfelt” present, he disrespected Lara Jean’s wishes concerning Genevieve instead of talking about it with her, and he’s been lying since the beginning of their relationship. I think those are some reasonable justifications to leave someone.

YouTuber, Dylan Matthews, mentions that in the novel, the movie is based on, it reveals Lara Jean’s thoughts on the situation. Lara Jean mentions that she knew John Ambrose was the right choice, but she was loyal to Peter because she was with him first. The film never acknowledged this, but knowing this crucial bit of information irritates me all the more.

I’ve only read the first book, but I plan on continuing the series and giving my thoughts on these major changes in another article. Hopefully, the book series will give me the satisfying ending that I’m looking for.