Super Tuesday- What Can Go Wrong? 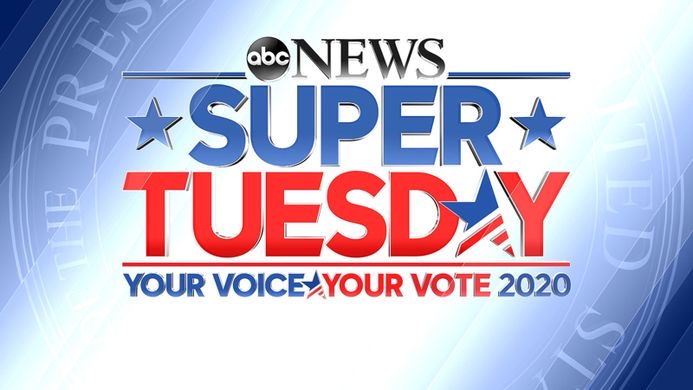 2020 Elections are just around the corner but before we can get to the highly anticipated event, the Democratic and Republic primaries, the two main people running for President of the United States, must be decided first. The United States presidential primary election began in February, each state holding their own elections anytime from then until June. However, there is one day in particular where multiple states cast ballots on the same day called Super Tuesday, a regional holiday.  On Super Tuesday, falling on March 3rd this year, 14 states, including California, began voting.

For Republicans, electing a primary is fairly straightforward as there are only two people running for the position, one being the current U.S. President. Chances are, Trump will be selected to run for his second term and that will be that. On the other hand, for Democrats, this decision is a very big deal. With the goal of getting Trump out of office but still making progress in the world, the best option for primary becomes complicated. Hence why there were at one point (many have dropped out of the race along the way) nearly 20 Democrats running for the presidential primary.

The best way for Democrats to achieve this goal is to elect a running mate for President Trump that is both progressive enough to gain liberals support, but not too liberal that anyone more conservative is turned away.

“It [having so many Democrats running for primary] could be a good thing and it could be a bad thing. New voters could be confused or not know exactly who to vote for if there are just so many different ideas,” Senior interviewee Emme Smees explains.

Besides the complex nature of choosing a primary, many issues arise during the voting process itself. For instance, while polling places open on Super Tuesday, many voters submit their ballots in the week leading up to it through the mail. This process, called Absentee Balloting, sends voters their ballots roughly a month in advance to give them time to fill it out; however, this means in elections such as this one with so many people dropping out of the race, ballots can very easily not be up to date.

Weeks before Super Tuesday about half of those running had dropped and throughout the week leading up to March 3rd, multiple more, including forerunner in 3rd place Pete Buttigieg, had left the race. Due to this, voters then could be casting their vote for someone who either they don’t know has already dropped out or for someone who ends up dropping out not long after. The problem is that many people use this system, meaning it is possible many votes go right down the drain due to invalidity.

The issue of empty votes has not been that big of a problem in the past but as elections, even just for primaries, become more complicated, they also become even more important.

“I feel that it [Super Tuesday] is super important. You can’t disagree with your government and not vote for who you want to represent it. I don’t feel like you have a right to complain if you don’t vote in the first place.”

One thing is for sure, this year’s Super Tuesday’s impact has yet to be fully realized. Its complexity is sure to set a precedent for what is to come in the upcoming 2020 Presidential Elections.