What You Ought To Know about Apple’s New Products! 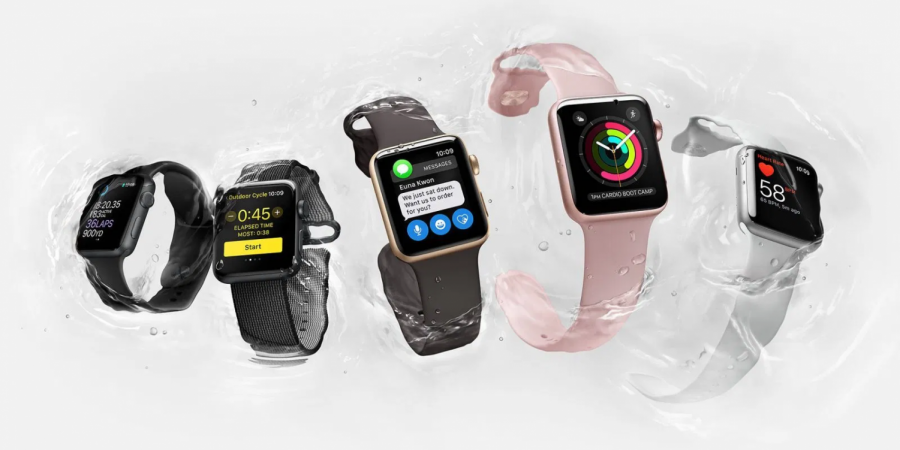 If anyone knows me, they know that  I LOVE apple products. In my opinion they are so efficient and useful to our everyday lives. During the September 15, 2020 Apple event held in Cupertino California, they announced the new Apple products for the end of 2020. They announced the New Apple Watch Series 6, the new Apple Watch SE and the new IPad Air.

The Apple watch series 6 starts off with the price of $399 dollars and this new Apple Watch has new life-changing features.

According to Apple, “Your blood oxygen level is a key indicator of your overall wellness. It can help you understand how well your body is absorbing oxygen, and the amount of oxygen delivered to your body”.

This is why the new apple watch measures your blood oxygen levels now.  This is very good for older people who have blood problems because the watch itself can alert them if there is a problem with your oxygen levels. Some new features include a new solo loop band for the watch, new updates on regular features from previous apple watches and new colors including  aluminum blue!

The new Apple Watch SE is a new Special Edition watch with a starting price of $279.

According to Apple, [the apple watch is] “An expansive Retina display so you can see more at a glance. Advanced sensors to track all the ways you move. Powerful features to keep you healthy and safe. Apple Watch SE is a lot of watch for a lot less than you expected.”

More new features include fall detection, a new core chip inside the apple watch, New Updates on regular appliances in the watch including emergency SOS. All of these new updates to the apple watch are good for people who have specific health issues, and what’s amazing about it is that you are able to get it at a lower price. There are some features that this apple watch doesn’t have that the series 6 has like measuring blood oxygen levels, but it’s a cheap price and you are able to get the same quality as the series 6 has.

The New IPad Air is a new lightweight and effective IPad, it has a starting price of $599. This New IPad has a 10.9 inch display and an all around screen. It also has Secure Security including face ID. Also the new IPad is powered with the new A14 chip.

According to Apple, “With A14 Bionic, you have the power to bring your ideas to life. Shoot a 4K video, then edit it right on iPad Air. Use the second‑generation Apple Pencil to paint and illustrate with dynamic brushes and subtle shading.1 And with the enhanced graphics and machine learning performance of A14 Bionic, you can unlock new creative possibilities with photo editing, music creation, and more.”

Other Features this new IPad air has is its available in Sky Blue, Green, Rose Gold, Sliver, and Space Gray. It’s also compatible with the Magic Keyboard Apple has and its Apple Pencil.

I Interviewed My brother, Seth Zaragoza who has a Liking for Apple Products. I asked him a few questions regarding the new products Apple launched and here are his responses.

Do You Like the New Apple Products? Seth: “I wouldn’t say I like them, I feel hardware wise, they look the same compared to previous models but I like what the new features have to offer.”

In the end, The new products Apple Launched last month are definitely worth it if you are interested in Health and art and many other things. Some of these new products might not work for some people but I would still definitely suggest you invest in these high quality products that will last.