Why we Shouldn’t Have a President this Election Cycle 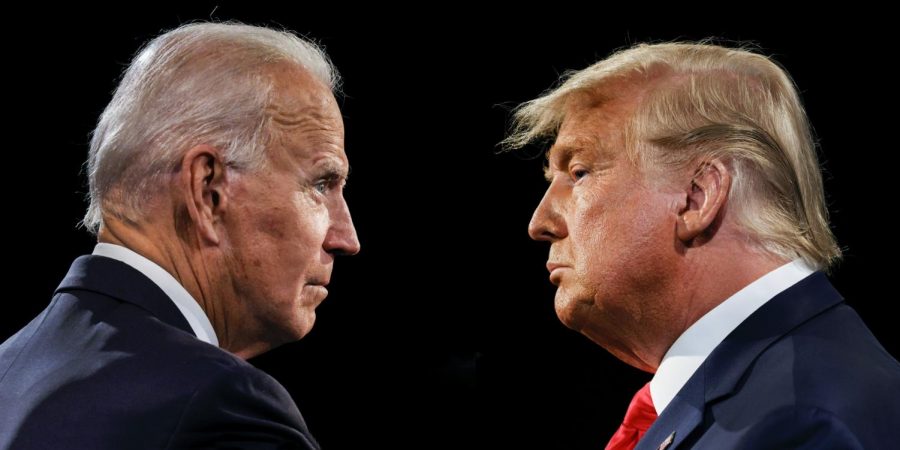 We shouldn’t get a president this election because both our options are bad and I’m pretty sure this time there is going to be war instead of protests like the last election cycle. We shouldn’t get a president because one way or another a group is going to be mad and I doubt that not everyone will immediately accept their loss for president. Even if a president was to win, what they promised they were going to do for the United States could be false. Last election Donald Trump said he was he was going to make America great again, but when COVID got to the U.S.A Trump failed to take action to stop the spread, and when he saw it was getting bad he still refused to take action.

Trump himself didn’t even take the time to do the standard action of wearing a mask in public or to stay 6 feet away from others. Most people would also say Trump is a little bit racist, besides saying China in lots of his speeches he also called the Coronavirus the kung flu and when COVID started he said in one of his speeches that the wall was so timely because it “stopped the virus spreading to the United States from heavily infected areas of Mexico,” yet in this election in an advertisement he said he supports Latinos after being racist to lots of them.  He even passed a law about enacting the “Muslim ban” that, through executive order, prevented foreign nationals from seven predominantly Muslim countries from entering the United States for 90 days. The order was quickly contested in the courts, and its enforcement was blocked.

Biden, even though he might sound more promising to outer states, more central states say Trump because central states are big gun owners and farmers who need guns to protect their livestock from animals like coyotes or foxes. Biden, like Trump, also sometimes bullies people who disagree with him. I don’t really know Biden all that well so I don’t know many negative things Biden has done because I get most of my news from memes and not many have negative things about Biden.  With some reassurance, I know many states who do need gun laws to protect farms from pests like foxes would disagree with Biden and vote Trump because he said something about gun laws.

100 Reasons Trump Is Unfit to Be President