Girls and the Dress Code 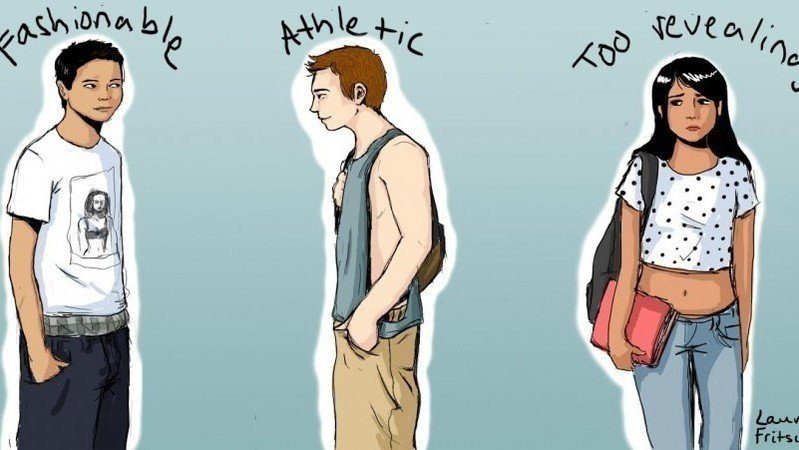 A dress code is a set of rules, often written, with regards to clothing. The dress code is something that a lot of people complain about not being able to wear whatever we like, something that expresses us and our style because of the dress code which targets and harms girls, to violating freedoms of religious expression. School dress codes can often do more harm than good. They frequently aren’t followed, administration spends a lot of time and effort enforcing them, and when lawsuits are brought to court, the schools generally lose.

It is very unfair for us girls to be targeted because of what we wear. If it isn’t harming anyone then why should we change what we are wearing? They say because it distracts the boys, a male’s response shouldn’t be our fault. Why do we have to change just because a guy can’t keep his eyes and thoughts to himself? Making us cover up because we are showing too much breast or our jeans have too many holes, our skirt is too small, some even get suspended from school because of that. The dress code mostly targets females and males get away with a lot of things simply because they’re boys. It’s sexist just because our bodies are different. I asked a couple of people what were their thoughts on the dress code. My cousin said, “I think it’s very dumb because either way it isn’t being followed.”  I agree with what she said because it isn’t followed.