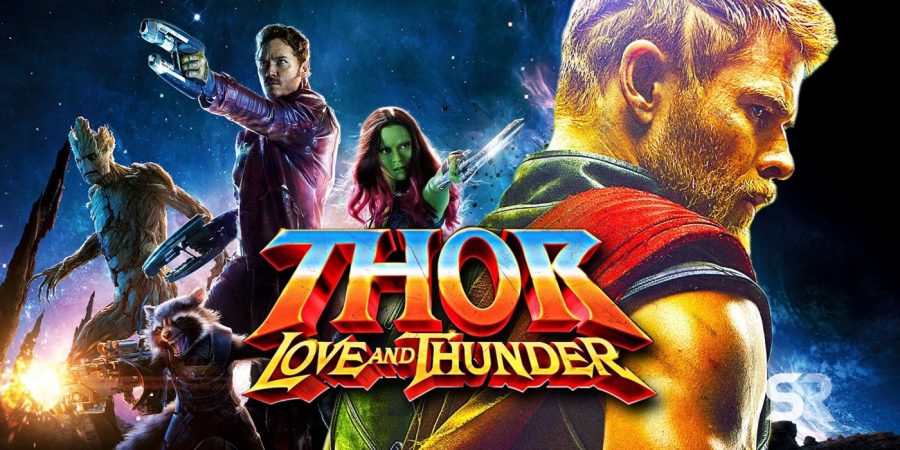 With the current COVID-19 Pandemic, the entertainment industry has taken a huge blow. Particularly the MCU, with the release of Black Widow being pushed back to a date TBD. However, with the hopes of vaccine rollouts, MCU movies are being able to be filmed and given release dates. Such as the case of Taika Waititi’s upcoming film Thor: Love & Thunder.

The film was originally slated for release on November 5th, 2021, being originally announced at SDCC with a slew of other MCU projects. Now, it has a slated release date of February, 2022.

The film announced the reprisal of Natalie Portman as Jane Foster after her hiatus from the MCU after her last appearance in Thor: The Dark World. Other favorite characters from Waitit’s brilliant Thor: Ragnarok such as Valkyrie (Tessa Thompson), Korg (Taika Waitit), and even the remaining guardians of the galaxy.

Leaked set photos have managed to slip the return of the surviving guardians of the galaxy, with Starlord (Chris Pratt), Kraglin (Sean Gunn), and Drax (Dave Bautista) being among the returning cast. Kraglin is even sporting Yondu’s robotic mohawk that controls the famous whistling arrows that provided some of the coolest scenes in the original Guardians duology.

Guardians of the Galaxy director & writer, James Gunn has even been cited to be on set, being a consultant for how the Guardians should be written & acted. Gunn did the same during the filming of Avengers: Infinity War.

Thor (Chris Hemsworth) is seen returning to his old buff self, and I am very much looking forward to his return from the darkness we saw him in during the events of Avengers: Endgame.

I am very much looking forward to the return of MCU characters and seeing their new interactions with each other, as well as the 1980s space Flash Gordan-like serial vibe that Taika Waitit brought to the last Thor production. The return of new fan favorites such as Korg, Meek, and Valkyrie are a welcome addition. Waitit also is capable of directing serious and emotional moments, for example his direction on The Mandalorian season 1 finale.