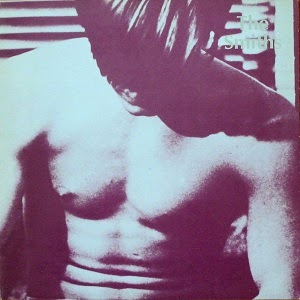 There is no other band that is as influential to modern indie music as much as The Smiths. This iconic band with the Oscar Wylde-esque lyrics that are dramatically crooned by lead singer Morrissey backed by the jangled 60s pop inspired guitar by guitarist Johnny Marr create absolutely beautiful music.

The Smiths’ music is an amalgamation of 60s girl pop groups, jangle pop, and a response to the fall off of punk (post-punk). The band is known for their somber moods that the compositions create along with the cherry on top that is lead singer, Morrissey.

In 1984 the band released their iconic eponymous debut, The Smiths.

The record is absolutely touching and beautiful. The topics of the songs range from Morrissey’s struggle with his own sexuality, fitting in, the reaping of innocence, and fallouts with lovers. These lyrics are often crooned by Morrissey with a fluctuation of  melodic moans of anguish, or are sung in the manner akin to a rant of mania.

One song that particularly demonstrates the apt dramatic lyrics and beautiful manic singing of Morrissey is the song Still Ill. This song starts off with such an iconic opening that fully displays Morrissey’s snotty self pity.

Although a lot of the songs on this record do not follow a traditional structure , with choruses and verses blending together, that only further illustrates the discombobulated mind of Morrissey.

The album covers Morrissey’s struggle with his sexuality, as the lead singer has never opened up about it and when he has it has been either a mix of bisexuality or celibacy. Tracks that illustrate his struggle and coming to terms with himself are the glorious , Hand In Glove and Pretty Girls Make Graves.

Again, Morrissey delivers mania-induced singing that perfectly illustrates the self-contempt and inability to understand himself. Johnny Marr delivers with perfect, jangly, guitar parts that stunningly set the tone of the songs – melancholic, but hidden under a guise of happiness. The beauty of Morrissey’s lyrics is that due to their vague nature, you can interpret songs in any manner.

Hand In Glove holds also one of my most favorite outros of a song, Morrissey croons and cries a simple

Over and over again, it’s so simple yet so raw.

There are more mature subjects on this record too, the opening track Reel Around The Fountain describes the tale of someone who lost their innocence as a child due to molestation.

However, this song could act as a metaphor too for Morrissey’s loss of innocence and feeling of being violated for his own being. As the opening line is a perfect assumption of what the Smiths are known for, a hurt being coming-of-age

More tracks that display the dramatic lyrics the Smiths are known for are, What Difference Does It Make? And You’ve Got Everything Now

Both tracks illustrate the “I am better than you, but at the same time I am on the wayside” mentality that dominates this record.

Overall this album is a classic, the founding record of what will later influence musicians far beyond its time and place of origin. The poetic and blunt lyrics perfectly paint the thoughts of a misanthropic and misunderstood man who is coming to terms with multiple facets of his life.

That’s what makes a classic to me, relatability and timelessness. And as long as time continues these soundtracks to teenage coming-of-age will always reign supreme.