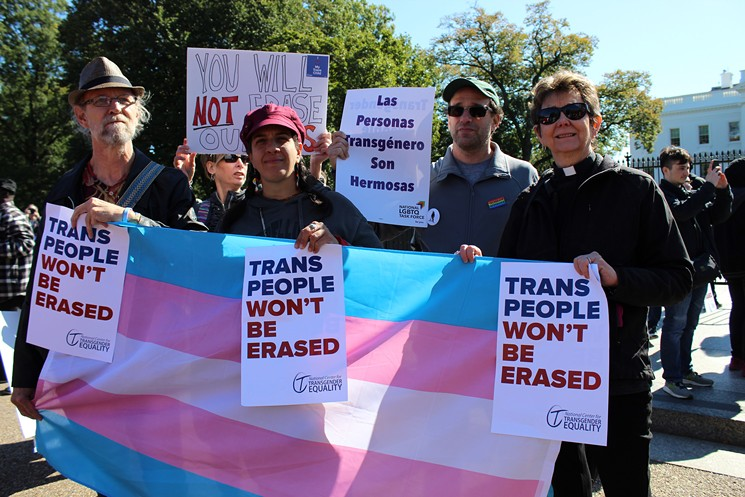 In the state of Florida a new bill was recently passed that targets transgender students. It includes “health examinations” for disputes over someone’s assigned sex at birth. This bill is number 1475, and wrongly titled, “Fairness in Women’s Sports Act” while many just say it’s a violation of student rights.

Many lawmakers, and advocates of the LGBTQ+ community have said that this bill not only excludes trans kids, but can also give children trauma regarding physical and sexual abuse. A trans man that attends Florida State University, Andrew Coleman, wanted to speak about the bill, and told the press at Capitol Hill that, “I ask that you read this bill and recognize the threat to privacy and lack of legal protection potentially facing female athletes,” along with “Read this bill and recognize the perpetuating harm this legislation has to kids who just want to live.”

This bill means that a student would have to provide proof of biological sex through examinations for school sports. Andrew Coleman said it well when he stated that this bill really just attacks kids that just want to exist.

Bill 1475 is not about protecting women’s sports, it is about excluding trans people. If we did want to discuss “unfair advantages” though sports everywhere is full of them. Women who are very tall still play womens sports, but don’t you think that gives them an advantage. That’s just one example and there are tons of sports that the average person may not have an advantage or luck with because of some of these physical features.

In sports if we really wanted to make sure there was complete fairness this wouldn’t be the first bill on legislation’s minds, but it is because it’s more about discrimination against trans people. This bill is acting as a horrible gateway for other bills that just want to target LGBTQ+ people such as the 122 anti-LGBTQ+ bills that are being proposed in numerous states; according to GLAAD.

35 of those bills are meant to go after trans youth. This includes their health care, safety, and schooling.  Trans kids and adults just want to be able to live as themselves without being attacked or discriminated against. People hate what they don’t understand, and if people would talk to the humans whose rights are being attacked maybe then they’d see they are just people who want to exist.

Trans rights and LGBTQ+ people’s rights are human rights. They shouldn’t be targeted or attacked for existing, especially the kids that these bills truly go after. Some people just need to understand that not everything should be deemed “right or wrong” just because they think that way. You shouldn’t pass bills based on opinions and bias, they should be about the people, and right now a lot of people are under attack.