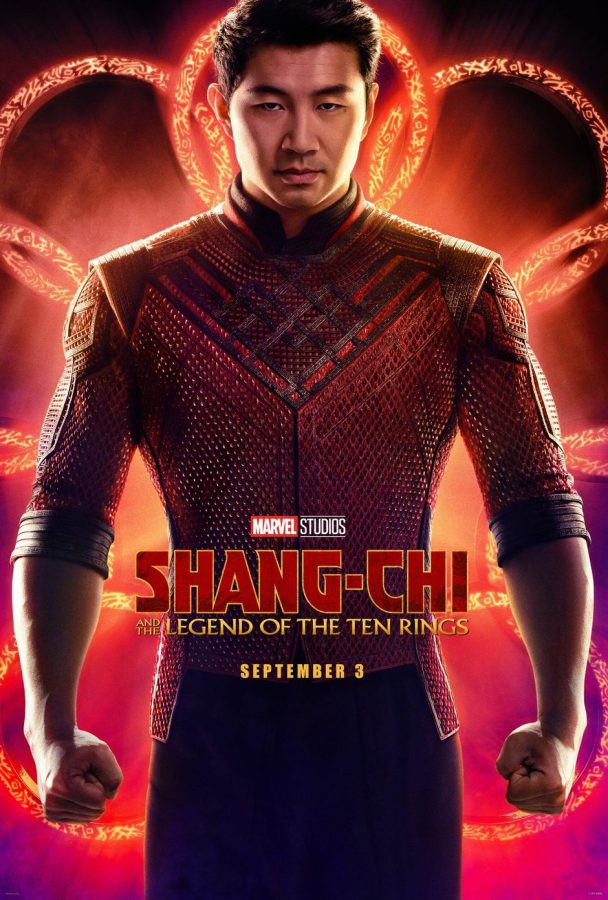 On the third of September, Marvel Studios finally released their new and intriguing movie, “Shang-Chi and the Legend of the Ten Rings.”  “Shang-Chi” is an action and superhero related film, which is based on a Marvel Comics character. The film was directed by Destin Daniel Cretton and produced by Kevin Feige and Jonathan Schwartz.

The filming for the movie began in February 2020 but due to the outbreak of COVID-19, filming was postponed until August 2020 and was overall completed by October of 2020. After “Shang-Chi” was released to theatres, it became the 25th film to be set in the Marvel Cinematic Universe.

Long ago in the past, Xu Wenwu finds ten powerful rings which give immortality and god-like powers to anyone wearing them. Thus, the Ten Ring Organization was created and conquered multiple kingdoms and destroyed governments. One day, Xu decides to travel to a village called, Ta Lo, in order to gain more power, but he soon falls in love with the village guardian, Ying Li. The two decide to run away together and start their own life since the Ta Lo village came to dislike Wenwu. Shang-Chi and Xialing were the children of Wenwu and Li, but the family eventually suffered from a huge loss.

Marvel Studios has a very large fan base, including a range from younger kids to adults since the movies they create are so popular and fascinating to some. Fans have been open about their opinions regarding “Shang-Chi” and a couple of them were asked to share what they thought.

One Pitman High School junior, Alisha Dhillon, was asked the question: If you have watched the new Marvel movie, Shang-Chi, then what were your own thoughts about it? Did you think it was interesting? Why or why not?

Dhillon responded with, “I thought it was very interesting because I felt like there was a really good plot line and it was super thorough. I also happened to like the background the movie gave for the main character. It honestly helped me understand the character’s family and the overall character, Shang-Chi.”

One Walter Brown Elementary School third grader, Cadence Noriega, was asked the following question: Out of all the Marvel movies, do you think this one was the best or worst? Why or why not?

Noriega responded with, “I think ‘Shang-Chi and the Legend of the Ten Rings’ is one of the best movies Marvel has made. When I watched the trailer in the movie theatres before it came out, I thought the argument between Shang-Chi’s dad they included was cool and that’s what made me want to watch the movie. But, I also like many of the other movies Marvel has made.”

Shang-Chi and the Legend of the Ten Rings has seemed to receive a lot of great reviews from its viewers, and it has gained a lot of popularity lately. It would be the best film option to watch if someone was interested in superhero or action packed related stories. It would definitely not leave anyone unsatisfied after watching due to its intriguing plot line.