The Haunting of Hill House Review 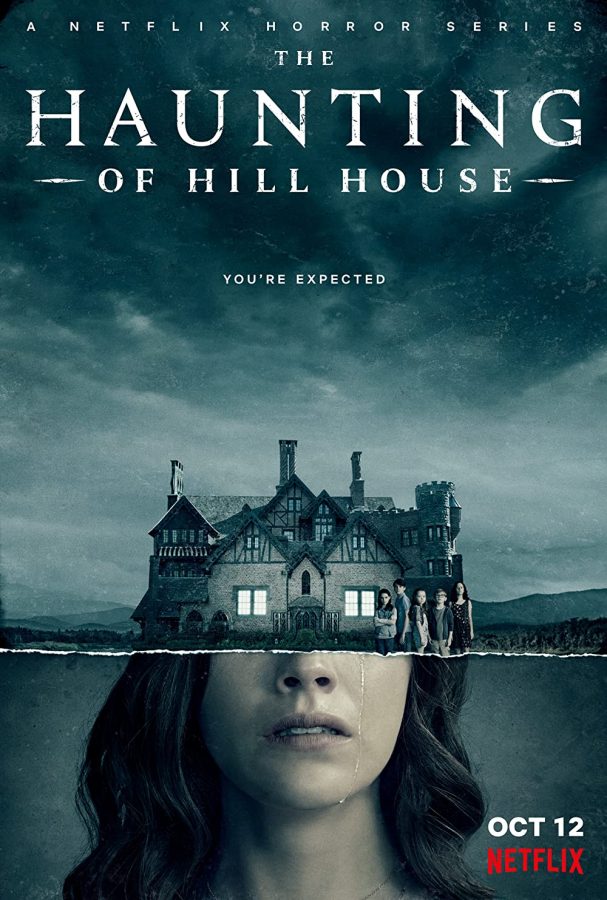 Netflix releases multiple different television shows or movies daily, some of which turn out to be very interesting. The Haunting of Hill House is a horror and drama television series created and directed by Mike Flanagan, and produced by Amblin Television. The series was released on October 12, 2018 on Netflix. It is originally based on the book written by Shirley Jackson.

Shirley Jackson was inspired to write her book once reading about a group of 19th century psychic researchers who decided to rent a house they believed to be haunted. They were interested in the house because they had a chance to study paranormal activities. Mike Flanagan decided to bring Jackson’s book to life and ended up creating the first “The Haunting” series with “The Haunting of Hill House”.

The Crain family, Hugh the father, Olivia the mother, Steven the eldest son, Shirley the second child, Theodora the middle child, and Luke and Eleanor the twins, move into the Hill House during the summer of 1992. Their job was to improve the house so they could sell it and build their own home, but strange and unexpected repairs in the house forced them to stay longer. Each member of the family experiences something paranormal in the house, and they soon leave the house abruptly. Many years pass, and the Crain family must confront how the Hill House affected them all as individuals.

To gain more perspective on how others feel about the television show, Chris Valdovinos, a junior from Turlock High School, was asked the question:

“If you have finished watching The Haunting of Hill House TV series, how would you describe the overall message or theme? Why?”

Chris answered with, “I think the theme of the show would be fear and grief related. There’s many instances where each character shows their coping mechanisms when in grief. The whole show was also mostly based on fear because of where they lived and how the experiences they had there affected them. Later on in the show, you could easily see that they all carried their own trauma they got from living in the house.”

The Haunting of Hill House is a great television show to watch if you like movies and TV series considered as horror. It would also be the best pick if you enjoy being jumpscared and figuring out the plot step by step. The show will slowly draw you in with its alternation between two timelines and flashbacks that piece everything together. Multiple people have left mostly positive reviews written about the show and it’s interesting plot.