When Does Christmas Kick Off? 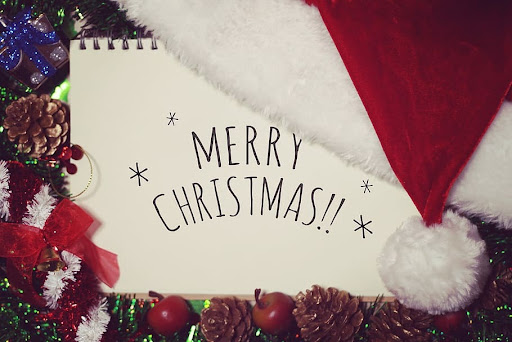 No matter the time of year, Christmas is always on the back of everyone’s minds. When to shop? When to put up the tree? Let’s watch a Christmas movie! Let’s put on a Christmas playlist! It’s July…why haven’t we taken down the lights?

Every year it seems like the decorations come out a little quicker and stay for a lot longer. This has fired up the debate over when the Christmas season truly begins. Most christmas enthusiasts believe that the festivities start November 1st, directly after the trick-or-treating holiday; but is that necessarily true?

When interviewing Davian Lizarraga and Everest Colnic, freshmen at Pitman High School, about their thoughts on the Christmas season’s timing, they were asked: “When does Christmas start for you? Do your celebrations depend on anything like the weather or family activities?”

Lizarraga replied with, “Probably towards the end of November because we [as a family] don’t really celebrate anything Christmassy until then.”

On the other hand, Colnic answered that, “The Christmas season definitely starts rolling in around the beginning of November, but at home it starts way later. Typically my family starts getting into the spirit around the first week or two into December. What usually starts it off is going to the ice skating rink and when the weather starts getting colder and colder.”

As you can see, a vast majority of people believe that the Christmas season starts sometime in the month of November. As the weather gets colder and fireplaces start burning up, it just brings a wintery vibe to everyone’s household. Fall, who’s still around for a little longer, gets somewhat forgotten and left out by the overwhelming smell of pine trees and bright green lights.

Honestly, kicking off the Christmas celebrations before Thanksgiving isn’t in any way against Thanksgiving, it’s solely to welcome the winter spirit that makes many people happier. However, a vast majority of people see it as going from one greedy holiday to another without acknowledging the one where we give thanks. Nonetheless, Thanksgiving is always eminent for at least the day before, day of, and day after (Black Friday).

To disprove any counter arguments, these two young men were also questioned to see if celebrating earlier takes away the importance of Thanksgiving.

Everest Colnic responded with, “No because even people that start celebrating way before, like in November, I feel like they usually take a break for at least a few days to celebrate Thanksgiving and then go back to Christmas.”

Lizarraga agreed by saying, “Not really, even though they’re pretty close, everyone still cares about Thanksgiving and still celebrates it regardless of having Christmas spirit.”

So what if we celebrate it earlier or later, why does it matter? Lizarraga was given the question: “Do you think being in the Christmas spirit creates an overall happier, more uplifting, mood?”

He suggested that “It does because while you’re with your family you’re excited to spend Christmas together, you’re constantly talking about upcoming plans, and there’s so much excitement from giving someone a gift and receiving a gift!”

As you can tell, Christmas is accompanied by joy and excitement, so there’s no harm done to anyone, other than to your wallets, in celebrating it for a little while longer! If a holiday generates extreme amounts of fun, why not let it thrive for as long as it can?

With that set aside, it’s clearly agreeable that the Christmas holiday is extended to the beginning of November, making the gift giving season almost two months long.