A New Addition To the Pitman Look! 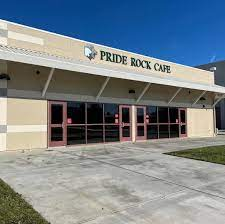 The new building that everyone has been wondering about is finally complete! Although no one really knew what it was, after its opening, students were thrilled to find out that there will now be more options and lines available for them to get lunch from. With high expectations and hopes for the food and service, students have dove into the food. Likewise, let’s dive into the review of the food, service, and overall experience of students.

With a shortage of lines and everyone’s frantic search for lunch everyday, the Pride Rock Cafe provides kids with a variety of new lunches and fast lines! While shocked with some of the options, students were optimistic to try them.

One of the new lunches that are being offered at the Pride Rock Cafe is McNcheese. Even if it’s named Pasta, some students enjoy this delectable item more than a few of the previous choices! Another new addition to our already awesome Pride Rock Cafe is the new Pizza oven! That’s right, we have a new oven to make the Pizza crust more crispy and the cheese more cheesy! Students have the options of picking between the following options: Cheese, Pepperoni, BBQ Rotisserie Chicken, Hawaiian Delight, and Veggie Special.

Three Freshmen from Pitman were asked to answer a few questions about the Pride Rock Cafe. Our first interviewee, Jeannea Gonzales, was asked about her overall opinion on the place. She boldly claimed that, “I would rather eat there than any other stalls.” Her opinion on the pizza she had earlier this week was this: “The pizza is better [than other stall’s] because of the oven.  The lines aren’t that bad either, [because] it’s a quick grab and go kind of thing.” Although she did mention that the Mac and cheese is “4/10 because the… [kitchen] uses the nacho sauce on it.”

Next up is Vien Santiago, who was asked which of the lunches he has tried from the Pride Rock Cafe. His response was, “I have tried the Chicken Buffalo Pizza, Pepperoni Pizza, and the Macaroni and Meatballs.” When asked what he rated the given dishes, he said, “Both pizzas were a 9/10 simply because they were tasty and filling!”  However, the Macaroni and Meatballs were 2.5/10! His reasoning: “It was the first day, I don’t blame them for having hard macaroni. Meatballs saved this dish.”

A rather opinionistic question was asked of Santiago: What is your overall opinion on the Pride Rock Cafe? He replied with, “The Pride Rock Cafe has improved lunch lines all across school, especially with its revolutionary grab-and-go style. The food is far better than your average cart or lunch stop, and it is definitely worth the far walk from the corners of campus!” Santiago finished with, “Overall: the pride rock cafe gets a solid A- from me!”

Last but not least, Iliana Vega, tried 2 kinds of pizza from the Pride Rock Cafe and here is what she thinks about them: “The first time I tried the pepperoni pizza, the first thing that came to mind was ‘This tastes the same’. The pizza was on the crisper side, but it didn’t make much of a difference. It wasn’t bad, it just didn’t match my expectations.” With that said, her final rating for the Pepperoni Pizza was a 7/10.

Vega was asked about her overall opinion on the Pride Rock Cafe and it’s new AND old food. This was her response, “I can’t say I’ve had much from there, but I do know that the “pasta” is just Mac and cheese. I wasn’t expecting Alfredo pasta or anything but the name is off putting. However, I love the Pride Rock Cafe because it makes all the other lines shorter. I like the school’s effort. They wanted to do something for the students and they made it happen. I think the new oven shows that they care to make the food as best as it can be.”

As for my opinion, just the fact that there are now faster and more lines for students, is enough to get everyone excited! Many were complaining about slow and fewer lines which resulted in students not even getting lunch, so this is a definite step up from before!

If you guys haven’t tried what the Pride Rock Cafe is offering yet, please do! The lines are much faster than some of the other ones out there and a few different food items have been added to the menu!