Spirited Away: A Brief Analysis 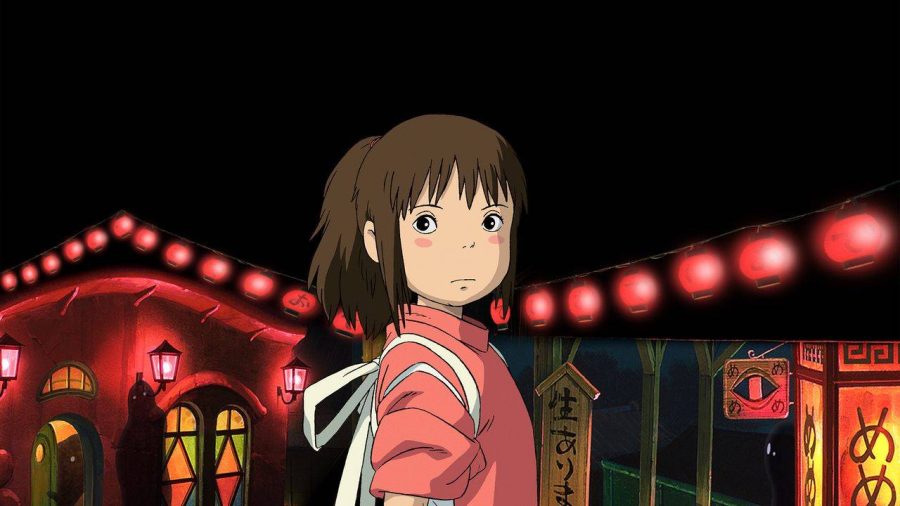 Studio Ghibli does an amazing job at creating identity through fashion. In the movie Spirited Away, director Hayao Miyazaki does a great job at using clothing to shape the characters.

In the 2001 movie Spirited Away, we follow the story of Chihiro, our main protagonist. In the movie, Chihiro and her family find their way to an abandoned amusement park. While Chihiro is somewhat skeptical of it, her parents don’t seem to mind, even going to eat at a few restaurants around the area. While her parents eat, Chihiro ventures off, only to come back and find her parents have been turned into pigs. Chihiro soon realizes that the amusement park is the spirit world and is forced to take a job at the local bath house in hopes of negotiating her parents back to normal.

When we first meet Chihiro, she’s seen in regular clothes like a t-shirt, shorts, and sneakers. She was characterized as whiny and lazy, a modern kid. Chihiro is the representation of modern day Japan, whereas another character named Haku, was the embodiment of traditional Japan.

Haku, the main boy character, works for Yubaba, the lady who runs the bathhouse. Yubaba stole his name from him, just as she did to her other employees, which is why he began working for her in the first place.

In the movie, Haku is seen wearing a Suikan, a garment that originated during the Heian period. He wears his Suikan over a Kosode, an undergarment that also originated from the Heian period. The fact that he is a commoner is given away by the length of his pants. Working people would wear shorter pants that allowed them to move easier. As time goes on in the movie, Chihiro also begins to wear a Suikan.

Having Haku represent more traditional Japan and Chihiro represent modern Japan, it brings new meaning to the ending of the movie.

As the movie ends, we are left with a scene of Haku, still dressed in traditional clothes, and Chihiro, now back in her modern wear, falling from the sky while holding hands.

According to Mina Le, “Them coming together is a gesture implying hope, hope in that the youth can embrace the good aspects of modernity without forgetting their ethnic roots.”

In the end, Chihiro leaves the spirit world with her parents back to normal. However, she brings along the lessons she was taught knowing she’d never forget them, even if she doesn’t remember the spirit world itself.