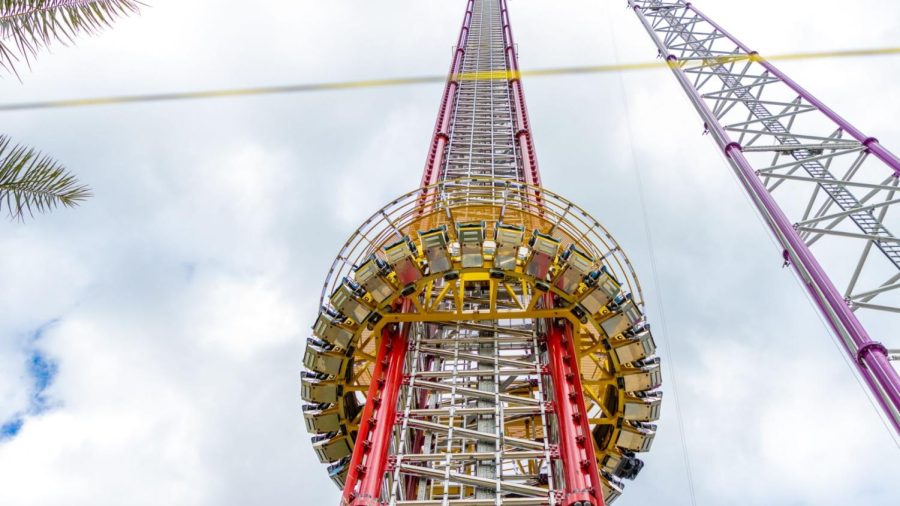 There was a reported accident involving 14 year old Tyre Sampson and a drop tower at Icon Park in Orlando, Florida. It has been said that he fell down from the tower mid-ride and was rushed to the hospital where he died of his injuries.

There have also been reports that he was denied rides from 2 other places due to his size. This brings up the question of whether or not the staff members were at fault for letting Tyre go on the Free Fall ride despite the fact that he didn’t fit properly. The Free Fall ride’s weight limit was about 287 pounds. However, Tyre Sampson was about 53 pounds over that limit, yet he was still let on the ride.

The case is still being investigated by the authorities and nothing new has come up yet. It has been said that the seat was closed and locked at first; it may have come undone or loosened when the ride had just started to descend. Ultimately, what really happened that day is still unknown to the authorities and to Tyre’s family and friends.

PHS freshman Annabelle Thao was asked “Who do you think is at fault?”

She responded saying, “The workers.” She was asked to further elaborate on her response.  She expanded with, “If all the other rides denied him, why did this ride let him on? The seat wasn’t properly buckled and the workers should have double checked to ensure safety.”

Iliana Vega – also a freshman at PHS was asked about her opinion and she said, “I think it is Tyre’s fault.” Her explanation was, “I feel bad for him and I feel like it’s partially the workers’ fault but Tyre knew the weight limit. He knew that it could hurt him, but he still went on the ride.”

Ultimately, my opinion on this is simple and logical. The park staff or even the people that control the ride should be held accountable for their incompetence. Although it may seem harsh, things like weight, size and height are things to consider when letting the public on rides. If the rider is over the weight limit, there is no reason why the employee should’ve let Tyre on the ride. Whether the staff were being lazy or they simply don’t think to note these kinds of points, it was still their job; and not doing their job properly has cost a kid his life.