Is Will Smith Justified in Slapping Chris Rock? 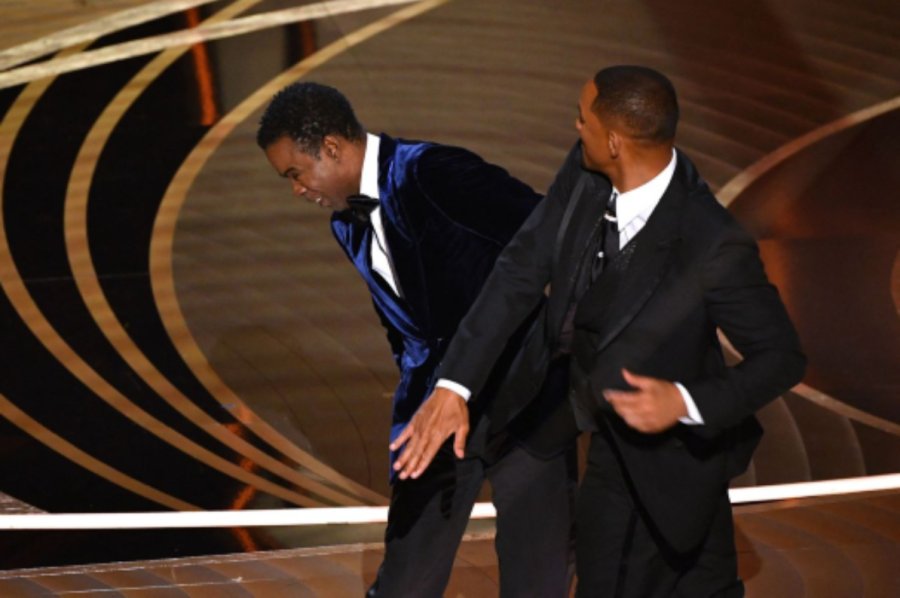 On Sunday Mar 27, 2022 Will Smith and his wife Jada Pinkett Smith attended the Oscars. The one big thing that left everyone shook was when Will Smith smacked Chris Rock, an American comedian, who was presenting  the award for best documentary at the time. The reason was because moments before, Rock had made a joke about J. Smith and about how she shaved her haircut reminiscent of famous film character G.I Jane. That “joke” he made didn’t seem funny to J. Smith because she has been openly suffering with the hair loss condition, Alopecia, since 2018. Because of that joke Will Smith walked up and hit him. When he got back to his sit, he yelled “Keep my wifes name out your f***ing mouth!” in front of everyone and on live television. After that the room fell silent and the clip of the incident went viral and everyone was in disbelief because everyone saw W. Smith as a goofy, non-violent and serious guy.

Now the real question is whether or not he was in the right. Some might say that he was right because he was standing up for his wife, but others say that he was in the wrong because it was on live television and there are other ways to handle it. While both claims are right, let’s look at the right side of the situation. He was sticking up for his wife because she didn’t seem to be happy about the “joke” that was made.

Now on the wrong side, yes he was standing up for his wife but he could have handled the situation in private and in an adult way. Not only did he promote violence to his viewers and fans but he also cussed and yelled in front of thousands of people he also possibly lost fans because of this. Yes the “joke” Rock made was very wrong but W. Smith could have at least gave him a look of disappoint or took him to the back where no one could see them.

I asked my mom Laura Galvez “Do you think Will Smith was wrong for hitting Chris Rock? Why or why not? She said “ Yes, he was wrong to hit him. He is supposed to be an example to the world; being who he is. He set a bad example of how you handle a situation where just your feelings were hurt. He could have met with Chris after the show and he also used his big boy words in front of cameras”.

The confusing part is that after the Rock made the “joke” everyone was laughing, including W. Smith some speculate that he was laughing at first then saw his wife’s expression which made him react the way he did.